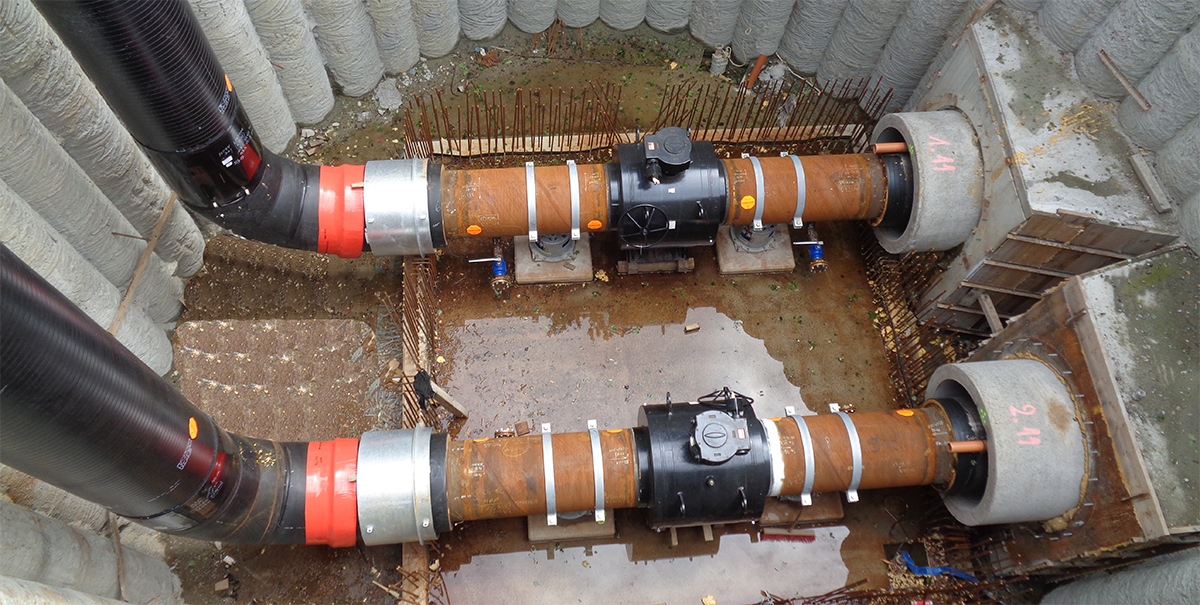 In Datteln at the Dortmund-Ems water canal a whole new power plant is constructed replacing the three old plants built back in the sixties.

The new plant is the first of a new generation of power plants and boasts an electric net efficiency of more than 45%, but taking into account some 400 MW intended for supply to the Deutsche Bahn for train operation and some 380MW reserved for supply of district heating, the overall efficiency of the plant can rise to up to 60%.

Furthermore E.ON indicates, that the plant will improve the climate situation of the entire region with more than 20%, protect natural resources and reduce carbon emissions significantly.

The new Datteln 4 is among the 10 largest in Germany and in fact one of the most modern coal combusting power stations in the world.

The power station is designed as a mono-block system with an output of 1,100 Megawatt. Besides the power distribution, Datteln 4 generates heat and power to more than 100,000 private households in the region – supplying them with climate friendly district heating.

The new modern power station is constructed for flexible changes in demand of power and the high flexibility makes it a reliable partner in cooperation with the still increasing amount of renewable energy sources in today’s mix of energy supply. The system will connect with a larger heating grid and become a part of the distribution of power to Germany’s power area no. 1 – the Ruhr district.

Thyssen-Krupp has engineered and constructed the Datteln 4 grid for E.ON - one of the world’s largest utility companies. The construction included an almost 13 km long district heating connection from E.ON’s power station Datteln4 to the connection point at E.ON’s existing grid Ost in Recklinghausen-Grullbad.

The piping is a double set of strings with a diameter of 800 milimeters – supply and return.

For 11 km the pipes run underground with an insulated diameter of 1 meter and a pressure of 26 bar, carrying enormous amounts of energy – and value. Apart from the value of the heated water, the potential collateral damages to buildings, stocks and surroundings in case of leakages is a critical aspect in Germany’s industrial power region no 1 and one of the most populated areas of Germany – The Ruhr district. 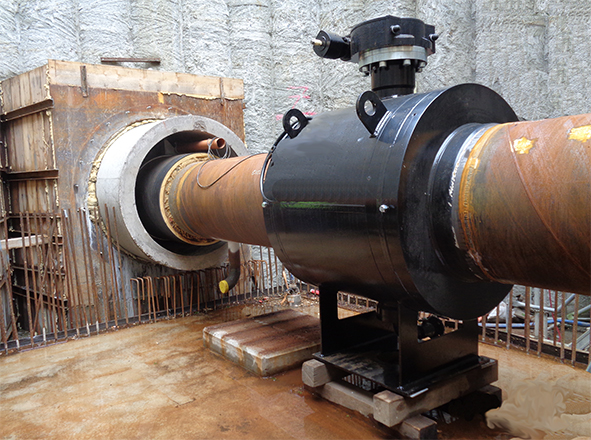 For more than 30 years BROEN Ballomax® has been a proven brand in district heating systems all over the world. The valves have no parts requiring replacement nor lubrication and just one annual activation of the ball ensures, that it does not get stuck.

The spindle in the valves is safely mounted from the inside and cannot be ejected and the water based paint is harmless when welding.

The BROEN Ballomax® range covers DN25-1000 up to PN25 and includes choices of floating or trunnion mounted balls, full bore or reduced bore.

It can be supplied with manual, hydraulic or electric gears.

BROEN Ballomax® steel ball valves have been approved according to the requirements of Pressure Equipment Directive (PED) 2014/68/EU, Module H and BROEN A/S has been ISO 9001 certified since 2001.