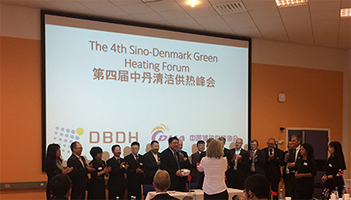 Mogens Laursen, COO from BROEN A/S, added: "We appreciate the opportunity to talk to the Chinese authorities and leading District Heating companies to learn about their situation and how BROEN can contribute to the further development of district heating in China. They are very eager to learn more about district heating and we have an excellent opportunity to showcase the new technology engineered out of the experiences from the Danish district heating heritage".

BROENs district heating business area is represented in China with warehouse facilities and a sales office in Beijing since 2001.